Looking for more Holiday Party Ideas? Check out all of my party plans and season recipes HERE! 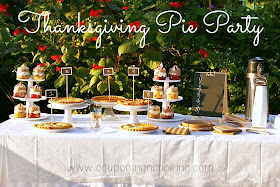 I bake a lot of things from scratch for the holidays. Pies aren't one of them. Every year Justin goes on and on about how he wishes I would make pies so this year I decided to make sure that he would have plenty of pie at all of his holiday celebrations. 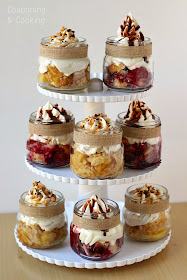 Since I have probably only made one pie in my entire life, I decided to grab a variety of Mrs. Smith's pies from Walmart to bring to our recent Friendsgiving celebration. Justin loves all pie flavors equally so I grabbed a Pumpkin, Cherry, Very Berry, Dutch Apple and Traditional Apple Pie as well as Cool Whip for topping. I also got an extra Dutch Apple and Very Berry to make mini mason jar pies too. 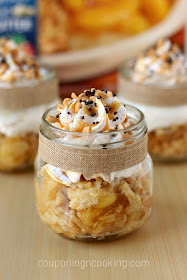 The night before the party I baked up all the pies so that I would have minimal prep in the morning. We were helping the hostess decorate so I wanted to not be stressed out. I made an Apple Pie Spice Cool Whip to go in the mini pies and for topping the regular pie slices and I had made that the night before too. It was so nice to be able to get everything done ahead of time and Mrs. Smith's makes it so simple to bake the pies right out of the freezer. 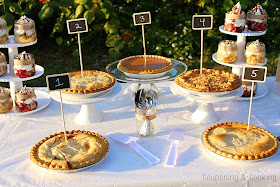 The morning of, I assembled the mason jar pies and stored them in the fridge for later. I originally made the mason jar pies for convenience since dessert is often eaten while standing around mingling and pie in a jar is way easier to eat than an actual slice is. 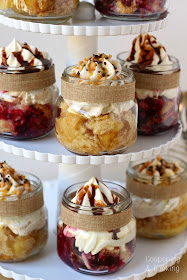 But as it turns out, the pie jars were a huge hit. Every single one was eaten. My personal favorite was the Dutch Apple with Apple Spice Cool Whip, toffee and a salted caramel drizzle but people got pretty excited about the Very Berry with chocolate sauce too. This also further proved my theory that everything tastes even better in a jar. 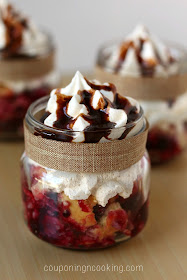 My friend Aaron was the hostess this year and she had an adorable decor theme of burlap, whites and metallics so I decided to go with plates and napkins to match. I also added a little sparkly burlap ribbon to my mason jars. It only took a few minutes to do and it made me so happy. I think the guests appreciated it too. Stay tuned tomorrow for a Friendsgiving post with photos of all of Aaron's amazing decor and tablescape. 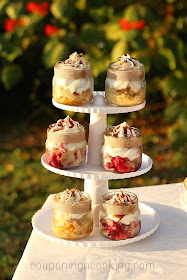 I wanted to have a little hot beverage station to go with the desserts so I pre-made some hot spiced cider and brought it over to the party in an insulated airpot and even though it was made at 3:30 in the afternoon it was still "nuclear hot" according to the guys at 10pm. 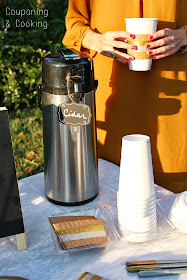 I couldn't find hot beverage cups to match my plates and napkins so I bought basic white cups with coffee sleeves and added a little gold and silver washi tape to them so they would go with the decor. Little things like that make me irrationally happy when it comes to entertaining. I also put out some metallic markers so people could label their drinks (or pie plates if they were possessive like that). 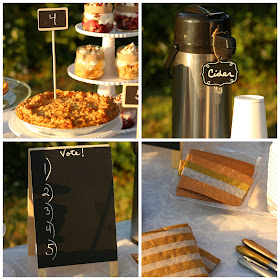 When setting up the pie table I used cake plates and three tiered dessert stands to give some height and depth to the table. I used a mason jar with burlap ribbon around it to hold my spoons and I went with disposable pie cutters and plates because I didn't want to be digging through all the trash for my servingware and it made clean up very easy. I made sure to save the box the mason jars came in because it makes for a great way to store and transport mini desserts. 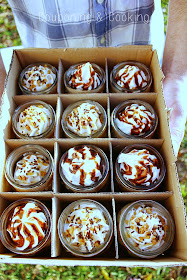 To make the dessert station interactive I set up a chalkboard voting station where guests vote for their favorite type of pie. The voting (and the majority of the dessert eating) didn't take place until well after dark so I didn't get a shot of the final tally but I am pretty sure that Dutch Apple won. Although I am positive that if the mason jar pies had a number, they would have won by a landslide. 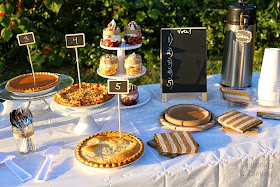 Want to save on Mrs. Smith's pies and Cool Whip for your next party? Be sure to print out this coupon to save $1.00 on Mrs. Smith’s Pie with the purchase of Cool Whip. I was able to get two prints of it and saved $2 on my purchase last week. 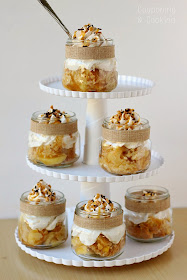 If you need more inspiration for the holidays, check out the Cooking Up Good website. They have recipes, sweepstakes, loyalty programs, coupons and more!  If you're looking for a new dinner idea or a chance to win some awesome prizes, be sure to check it out! 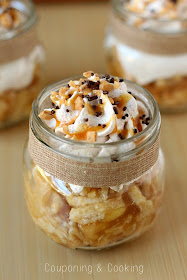 
1.) Using an ice cream scoop, scoop out two scoops of Dutch Apple pie into the bottom of the mason jar.

2.) Top with Apple Pie Spice Cool Whip, drizzle with caramel sauce and top with toffee bits and sprinkles. Store in the refrigerator.

1.) Using an ice cream scoop, scoop out two scoops of Very Berry pie into the bottom of the mason jar.

2.) Top with Cool Whip and drizzle with chocolate sauce. Store in the refrigerator.

Mix 1/2 tablespoon of apple pie spice into a tub of Cool Whip. Store in the fridge. 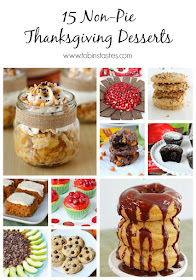 This post was sponsored by Mrs. Smith's Pies & Cool Whip. All ideas and views are my own. 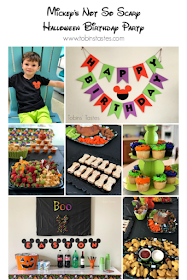